6 months with our smiley guy! The first year is just crazy. You’re busy hitting all the milestones, but then all of a sudden you’re already halfway to their first birthday. It’s been an incredible month with Cam. He’s changing daily and we’re so grateful to be able to spend all our days with him watching him grow. He truly is the happiest baby.

So many new things at 6 months old! Cam is so interactive and loves to be with us. The way he smiles and laughs, grabbing and holding all the things, playing with his toys, we got a full blown kid these days, lol. He started solids and he’s been enjoying the process. I’ll share more down below. He’s still sleeping through the night like a champ, although his nap schedule is a hot mess (see below).  In general we’re just noticing how chill he is. We thought Harper was a calm baby, but I think he takes the cake on this one. He’s also SUPER smiley. Like he smiles all day long. Even with his lack of sleep during the day, he’s such a happy camper when he’s up.

Lots of questions on rolling. Camden hasn’t rolled over yet, but we sort of did many things that really prevented him from rolling. He had/has a flat head so he didn’t spend a lot of time on his back when he was younger. That plus spending a lot of time in the Merlin Sleep Suit didn’t help. We go to physical therapy, so we’re doing a lot of exercises to help with this, but I’m not too worried.

As mentioned above, Camden’s naps are a nightmare right now. Reasons I’m not going crazy  – we have a nanny, he’s a happy and content guy even when he doesn’t nap, and he sleeps through the night. So technically, it’s not terrible. But, we’ve tried less awake time, more awake time, all while following his age-appropriate wake windows and we can’t seem to get consistent naps over 40 minutes. Here and there he’ll nap for 1 hr 30 mins, or a couple of times he’s napped for 2 hours, but I can’t find a rhythm.  Someone in my DM’s reminded me that when they started solids, it was a lot for their baby, just going through a lot developmentally, so naps were shit. Harper was a good napper, sleeper all around, so this has been so different. I will continue to keep you posted and share if we find anything that works for us. We did move him into this sleep sack, which may have something to do with the change in his sleep. TBD…

We’re predominantly still nursing 5 times a day. Depending on my schedule (if I’m out and about) or how long Cam has napped, we sometimes will do 4 feeds. We’re also doing purees and a bit of BLW. I like to feed Cam solids in the mornings to help with his poop. I just feel like there’s lots of poop explosions when you start solids and I would rather deal with any mess during the day than at night. I like to do 2 sessions of purees and then we’ll do some BLW in the evenings when we’re eating dinner.

We’re currently pureeing our own baby food thanks 1000% to our nanny. With that being said, feeding Camden hasn’t been the easiest with possible food sensitivities and allergies. He’s been having delayed vomiting so sometimes it’s hard to know what’s not sitting well with him. And I would hate to be giving him things that’s making him sick. It’s been a bit stressful. We’re planning to get him into allergy testing soon. So far we’ve tried:

I will keep you posted on this whole process once we dive deeper.

Now that Cam is awake longer, it feels like he can do so much more. Lots of tummy time and floor exercises from his physical therapist. He’s also nursing and eating solids, which takes a good amount of time. He’s spending time in his Joovy walker (which he loves). We also recently got him the Jolly Jumper. We’re practicing sitting as much as possible. He absolutely loves playing with Harper, or I should say, being entertained by her. I gotta say, I LOVE when Harper plays with Cam and they’re both laughing and having so much fun together.

Bedtime hasn’t changed much.  After his last nap we’ll keep him up for about 1.5-2hrs. We’ve dropped the cat nap.  I’ll start his bedtime routine 40 minutes or so before bedtime, which includes a feed before bed. We’ll change his diaper, get his pajamas on, put on his eczema creams, then start his feed. After he’s done eating, we’ll do a couple of books just so he has some time to digest his milk. I’ll turn the sound machine on, put him in his swaddle and into the crib, and turn off the lights. He’ll sleep from 6:30/7pm to about 6:30/7am.

I gave an update on Camden’s eczema a couple weeks ago on Instagram Stories, but I want to make sure I share an update here as well. We went to the dermatologist in early May and found out Camden’s cradle cap was in fact eczema. His eczema all over his body was really bad and inflamed. The defm prescribed us a concoction of 3 things – an antibiotic, steroid, and moisture cream, all of which you mix together. I hadn’t heard of this yet, so when I got home I did some research. After reading up on it and talking with a few readers in my DMs, I felt a lot better about it. We’ve been really against having to resort to any sort of steroid, but we were at a point where it was so bad we knew we had to get it under control. This concoction was founded by Dr. Aron in the UK. If you google him, you can read more about it. Once we started the regimen, Camden’s eczema cleared up in 2 days. It was night and day. We are still going to get him tested for allergies to see if we can help in more natural ways. We’re currently only using the concoction in his worst 3 spots or with any flare ups.

Joovy Spoon Walker – This is Harper’s old walker. We loved it with her and are loving it with Cam. It’s a great way to have him vertical without one of us always holding him. He hangs in this mainly during dinner. Having his toys propped on the tray has really helped his hand eye coordination. He’s officially jamming in this. PT said to make sure he has time just standing stationary it in, so we spend doing that too.

Toddlekind Floor Mat (color: clay) – We put the extra mats we had upstairs in the play room where Cam does a lot of his tummy time. Now that he’s more mobile, the mats have been awesome!

The Honest Company Diaper Rash Cream – Right when Cam’s eczema was super inflamed he also had severe diaper rash. Like the worse I’ve ever seen. Did some research, and this diaper rash came highly recommended. It took about 5 days, but his diaper rash cleared up. We’ve been using it ever since and he’s had the cleanest tush!

Halo Swaddle – This is the sleep sack we transitioned to. I like that it has sleeves and that it’s the most similar to the Merlin (in hopes for a smooth transition).

Hiccapop Baby Chair – Heard lots of great reviews on this chair. Since baby can use it for a few years, I thought we’d give it a go. So far, so good. We’ve used it at restaurants, home, and on picnics. It folds up easily, has a tray, and Cam seems comfortable.

Neutral Silicone Cupcake Liners – Saw a hack with these cupcake liners to heat up baby food. Love this method versus using the microwave.

Teether – Still trying to figure out which teethers Cam likes. I just ordered more, but he does like this one!

Stokke Steps High Chair – We loved our high chair with Harper and we’re using it again with Cam. You can’t go wrong with either of Stokke’s high chairs to be honest. Well made, aesthetically pleasing, and grows with baby.

Tue Jun 21 , 2022
[ad_1] In the serene stillness of the therapy space, the impression that keeps coming back to me is of clear h2o working more than rocks. I’m mid-facial at the Park Hyatt Toronto’s revamped Stillwater Spa, and my aesthetician is massaging cleanser into my experience, neck and décolleté in deft strokes […] 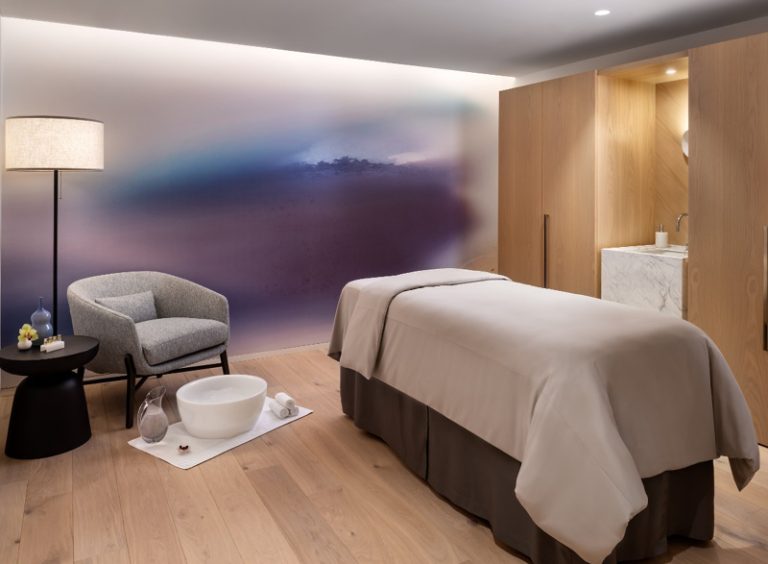